So... wearing Rouge Louboutin on its own wasn't really as much of an orgasmic feeling as I had hoped, mostly because it's: just.red. Please, don't get to my jugular just yet, I know it's harsh of me to say but I think it's true.

When I get a luxurious item it's because it has a special something and certainly not because it's an all cap commercial for the brand. I find it stupid to jiggle around in town with a purse that has whatever-brand all over it, it makes me feel like a living merchandising machine and I ain't even paid for it. Nobody got time for that! But that's just me, I get that and I respect whatever makes you happy, hands down.

With that said, what makes a polish luxurious to me is its wow factor: special color, amazing duochrome/multichromeness, great finish, fine mix of glitters, new effect and what have you. Rouge Louboutin is just red, dude. A nice red packed in the most jaw breaking packaging ever.

So after I had worn it for a whole day I was about to take it off and I thought to myself: it's the only time you'll wear Rouge Louboutin because you want to keep the bottle intact, and it's not even going to last a miserable two days? Pas possible.

I had just received some silver nail stickers that fitted right in there... so here's what I came up with: 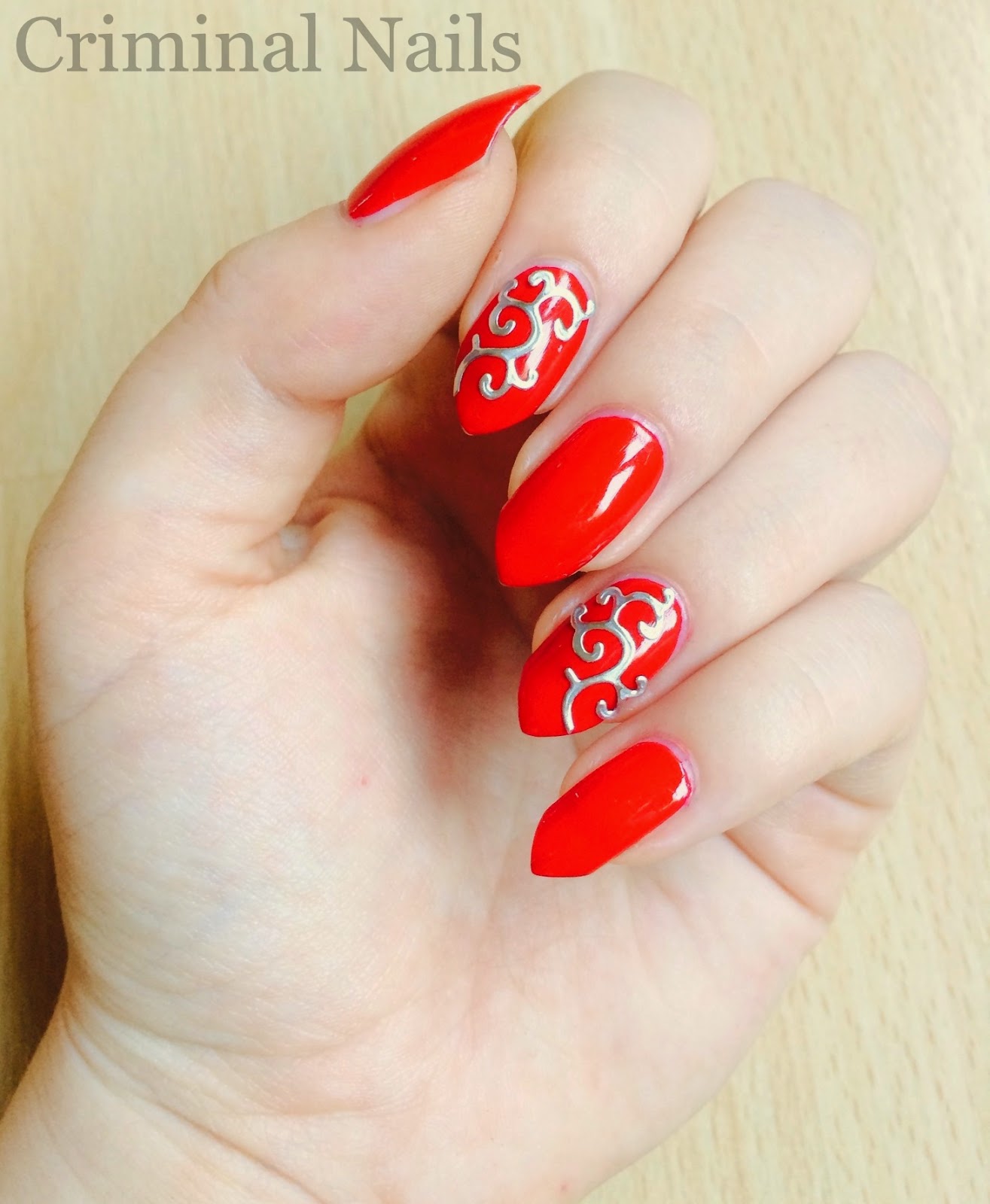 Pretty basic, but it kicked ass! I don't know, it feels more luxurious to me anyways. What do you think about it?