How was your weekend? Mine has been awesome so far, my BF took me to somewhere special for him, and he wouldn¡t tell me where ^^ so it was a nice ride there, and the place was wonderful! We walked through the mountain until we reached a natural fountain called Cold Fountain in the middle of calmness and vegetation. I was amazed to find such beauty so close to Barcelona.
Oh, and I also took the opportunity to wear my new helmet, yay! 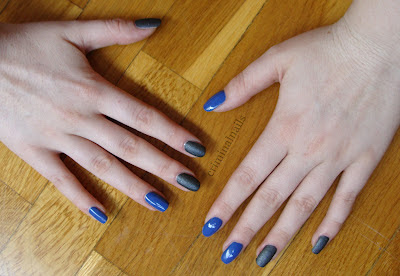 I initially wanted to give my dotting tools some use, but I was so tired from our walk/ride that my hands were shaking and obtained only a crappy mess. So I changed my mind and settled for a Homa Manicure instead, as seen in Alizarine Claws' blog. It's composed by two colors that you match and mix. Ordered chaos. Sort of. 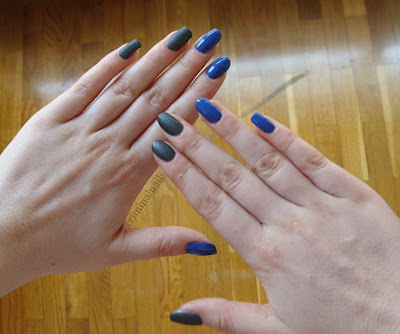 I used China Glaze Stone Cold and Catrice Pool Party At Night, for I thought it interesting to contrast both the colors and the textures. Anyhow, I don't know if it was due to the fact that I was tired, but I had issues with the application of both polishes. Stone Cold was thick, and dried far too quick so I needed to do a lot more strokes than usual, and then the brush would drag the almost dry polish... Eish. And Pool Party At Night was a nice color, nothing special though, but somehow on the thicker side. So I might have to fix that with some drops of thinner.

I'm not wow'd by the result, but it's nice if you need to do something quick. And I feel like those babies need to be seriously shortened, so I will work on that this afternoon.

For those who are interested, this is my new astronaut helmet: 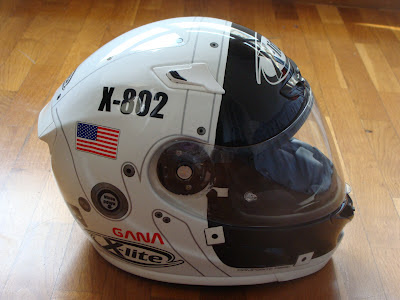